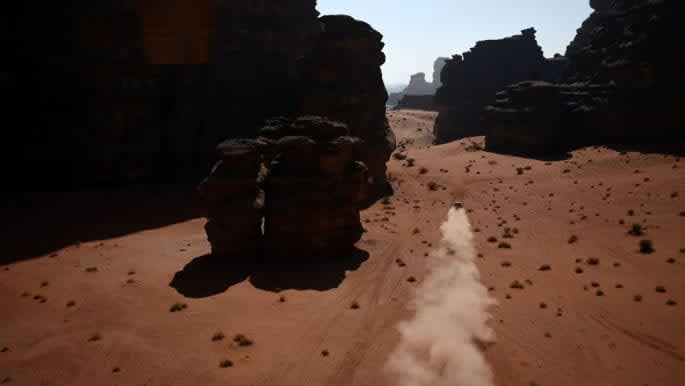 A fourth Dakar Rally title is in reach for Qatari driver Nasser Al-Attiyah, who will take a 33-minute lead into the last stage. Al-Attiyah stuck fast to his nearest rival Sebastien Loeb on the 11th stage on Thursday and ended up gaining some seconds after the Frenchman was penalised five minutes for speeding in a restricted zone. Instead of finishing runner-up to Carlos Sainz on the 346-kilometer loop stage into the Saudi dunes north of Bisha, Loeb’s time penalty dropped him to eighth. Instead of gaining more than four minutes on Al-Attiyah, he lost 39 seconds. His sixth bid for a first Dakar …