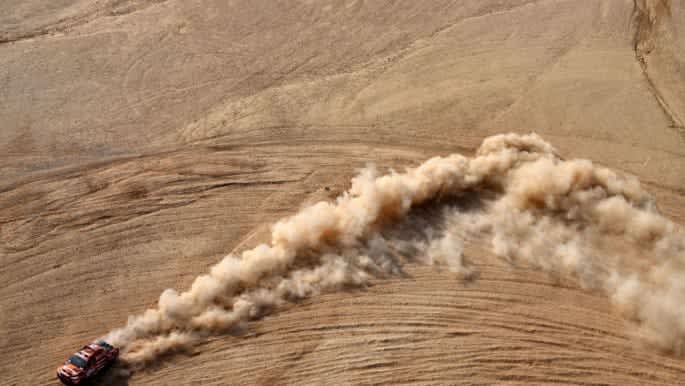 A navigation error by Sebastien Loeb allowed Qatari driver Nasser Al-Attiyah to extend his lead to 49 minutes halfway through the Dakar Rally on Friday. Loeb started the sixth stage, a loop course east of Riyadh, 35 minutes behind in second overall but lost his bearings with Henk Lategan – the stage five winner – about a third of the way into the 348-kilometre special. After two-thirds of the stage, they were 25 minutes behind Al-Attiyah, who was leading the stage back to the Saudi capital. But a desperately fast finish by Loeb made up 10 minutes and he lost 15 and a half minutes in the end to…

UAE calls for de-escalation in Gaza

Groups and Schedule confirmed for FIBA U18 Asian Championship 2022

BEIRUT - The groups and schedule for the FIBA U18 Asian Championship 2022, which will...

The UAE expressed its sincere condolences and solidarity with the Arab Republic of Egypt over...