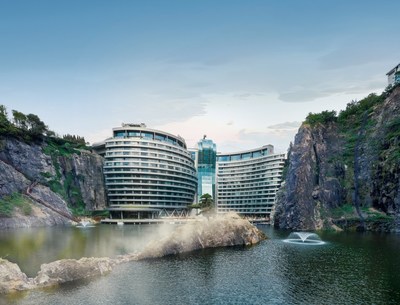 The steel structure for the project was constructed by Hangxiao Steel Structure. Due to its irregular overall structure, tens of thousands of components are shaped and sized differently, which resulted in an extremely complex construction followed by installation that was just as challenging. However, due to Hangxiao Steel Structure’s industry-leading technical strength, it overcame various obstacles to ultimately complete the project. National Geographic interviewed the primary contractor Hangxiao Steel Structure to learn about its superior technology and the tremendous effort its team employed to complete this global architectural miracle.

Hangxiao is the leading steel structure enterpise in China. It has the most advanced technology for steel structure applications that it has married with a wealth of project experiences. Thousands of its model projects dot more than 60 countries or regions around the world.

The 1-minute introduction of Hangxiao Steel Structure, produced by National Geographic, will be broadcast simultaneously in the Shenkeng Hotel documentary throughout 18 countries and regions, including Australia, New Zealand, Singapore, Malaysia, South Korea, Thailand, Vietnam, and the UAE.